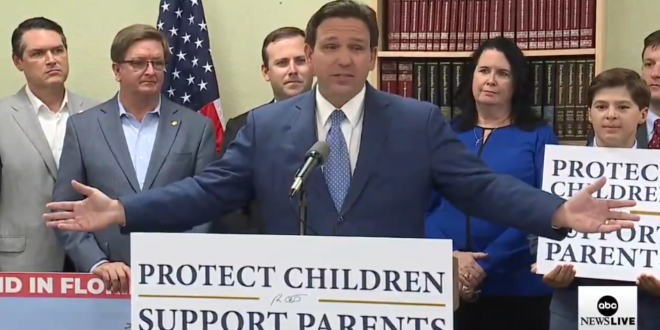 On several occasions since signing the bill into law, DeSantis has highlighted the story of a woman named January Littlejohn, a registered Republican, who says she was not fully consulted about the school’s gender-affirming plan for her child.

“We had a mother from Leon County, and her daughter was going to school and some people in the school had decided that the daughter was really a boy and not a girl. So they changed the girl’s name to a boy’s name, had her dress like a boy and on doing all this stuff, without telling the mother or getting consent from the mother.”

CNN obtained emails that show Littlejohn wrote the school in 2020 and notified a teacher that her child wanted to change pronouns. Contrary to the governor’s portrayal of the story, Littlejohn also wrote that she would not stop her child from using preferred pronouns or name of choice at school.