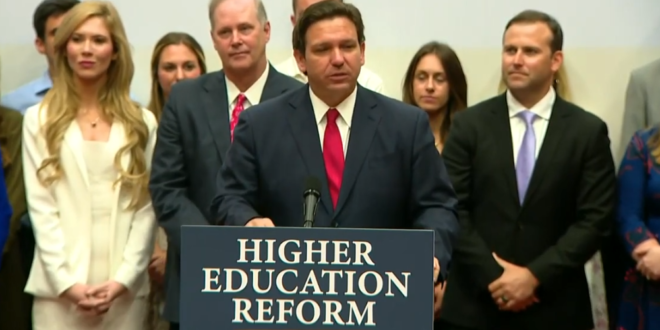 Gov. Ron DeSantis announced Tuesday he has expanded the special session on redistricting this week to cut to the core of his latest political enemy and announced he wants lawmakers to repeal the law that allows the Walt Disney World Resort to operate as a self-governing body.

“I am announcing today that we are expanding the call of what they are going to be considering this week,’’ DeSantis said at a news conference in The Villages.

Of course, he did this in The Villages.

The 1967 Reedy Creek Act grants them their own fire and police departments as well as unique jurisdiction over roads, zoning, waste treatment, and the myriad of other issues normally controlled by local governments.

BREAKING: Disney is a guest in Florida. Today, we remind them. @GovDeSantis just expanded the Special Session so I could file HB3C which eliminates Reedy Creek Improvement District, a 50 yr-old special statute that makes Disney to exempt from laws faced by regular Floridians.

Previous POLL: Democrats +1 On Congressional Generic Ballot
Next Kinzinger Would “Love” To Run Against Trump In 2024