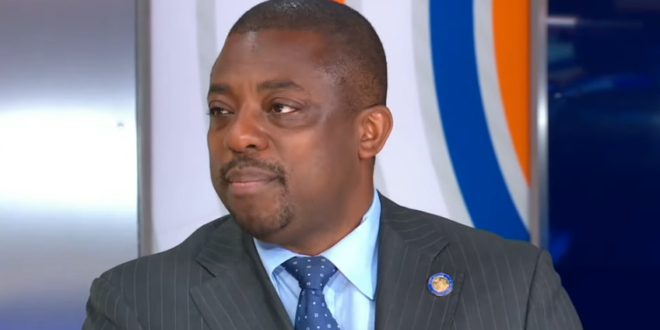 Advocates and Democratic lawmakers have devised a way to boot recently indicted ex-Lieutenant Gov. Brian Benjamin from the ballot. Or at least prevent another problem like the one Dems will face in two months when Benjamin’s name will still appear on the June 28 primary ballot despite his resignation after being indicted earlier this week on federal corruption charges.

An election law change sponsored by Assemblywoman Amy Paulin would allow a candidate to step off the ballot if they are indicted for a crime, have resigned from the office they are seeking or are diagnosed with a life-threatening illness. Under current law, a candidate who has accepted a party nomination can’t decline or be removed from the ballot unless they die, move out of state, or are nominated for another office.

Previous UN Food Chief: Mariupol Is Being “Starved To Death”
Next GOP Fears Far-Right Wing Will “Burn The House Down”