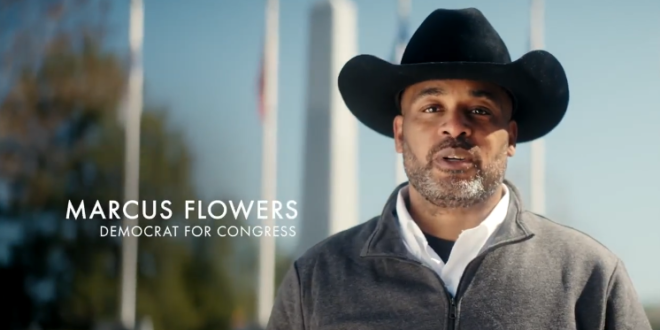 Democratic challenger Marcus Flowers outraised U.S. Rep. Marjorie Taylor Greene in Georgia’s 14th Congressional District. He raised $2.4 million in the first three months of 2022, compared to her $1.1 million. And Greene spent about $300,000 more than she raised during the quarter. Still, she has $3 million in cash on hand, compared to Flowers’ $1.9 million. She has raised a total of $8.4 million, while he’s raised about $7.1 million.

Marjorie Taylor Greene does not want you to know this, but our campaign has outraised her two quarters in a row.

Our district is bluer than ever! Rep. Greene is beatable, and I will be the one to unseat her.