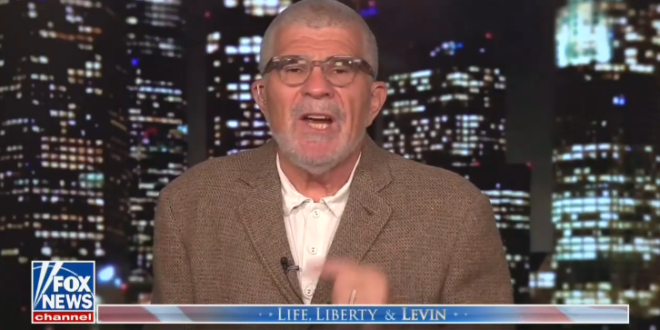 “People have gone nuts and people are frightened because there’s huge changes in society, that are brought about by the people in power. The people in power, as always, are to a large extent, parasites who are feeding off of the decaying flesh.

“If there is no community control over the schools, what w have is kids being — not only indoctrinated — but groomed in a very real sense, by people who are, whether they know it or not, sexual predators.

“Are they abusing the kids physically? No, I don’t think so. But they are abusing them mentally and using sex to do so. Teachers are inclined, particularly men because men are predators, to pedophilia.” – Writer and director David Mamet, speaking to Fox host Mark Levin.

Mamet, who has a Pulitzer as well as multiple Tony, Emmy, and Oscar nominations, has been making the rounds of right wing media this week, including an appearance on homocon Dave Rubin’s podcast.

Previous Kmart Soon Down To Only Three Physical Stores
Next POLL: Sarah Palin +5 In Alaska US House Race