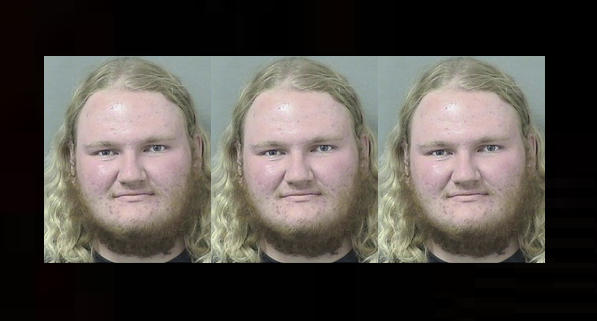 When a Palm Beach County judge stepped into the courtroom on Thursday to sentence Alexander Jerich for using his truck to burn a 15-foot-long skid mark into a gay pride memorial painted on Delray Beach street, he said he was pretty sure what kind of character he would meet. “I was expecting someone who displays complete disrespect for their fellow citizens,” Circuit Judge Scott Suskauer said. “A person some might call a thug or a redneck.”

Instead, the 20-year-old Jerich hung his head and cried after hearing his father recount his son’s struggles in school, his inability to make friends and his disappointment in his son’s behavior. Noting that Jerich seemed to have little understanding of the meaning of the rainbow-colored gay pride mural he defaced or the struggles of the LGBTQ community, he ordered him to write a 25-page essay on the 2016 massacre at Pulse, a gay nightclub in Orlando.

Prosecutors have called for a 30-day sentence and for him to perform community service with a local LGBTQ group.

He will be sentenced on June 8th.