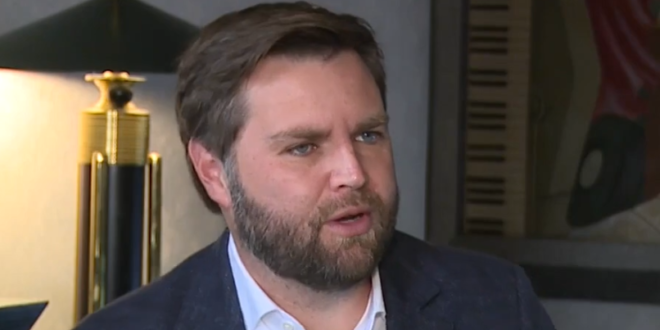 Cultist Ohio GOP Group Calls For Boycotting Coming Trump Rally Over Vance: If You Do Attend, “Boo Him”

From the Ohio Value Voters:

On April 15, 2022, President Trump made a terrible decision and endorsed JD Vance for Senate. This can only be attributed to very poor advice from people around the former President.

At the start of the primary, there were many of us in 2016, which supported another candidate for President and not Donald Trump. However, no one at that time, used the vile and derogatory comments against Donald Trump as JD Vance.

Ohio Value Voters President, John Stover states, “Vance cannot be trusted to stand upon principals when he practices “situational politics.” In 2016 and 2017, Vance led all others with his derogatory comments against Trump. Now, he claims to be 100% behind our former President. We read in God’s word, in the book of James 1:8, “A double minded man is unstable in all his ways.”

Ohio Value Voters has endorsed Josh Mandel for U.S. Senate and urge all Ohioans to cast your vote for him. Josh is endorsed by the conservative lion of the Senate, Ted Cruz. Josh Mandel will serve our state with conservative principals and defend our constitutional rights. 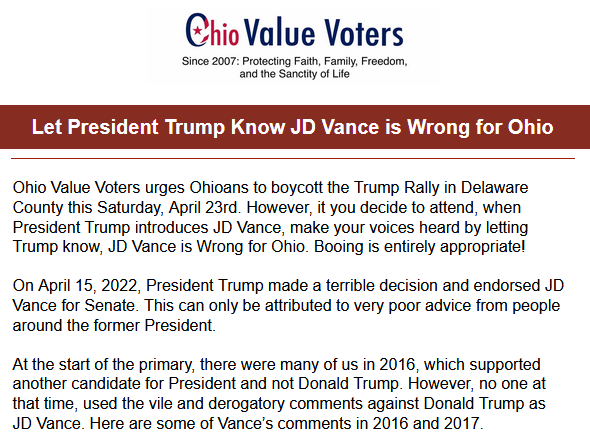