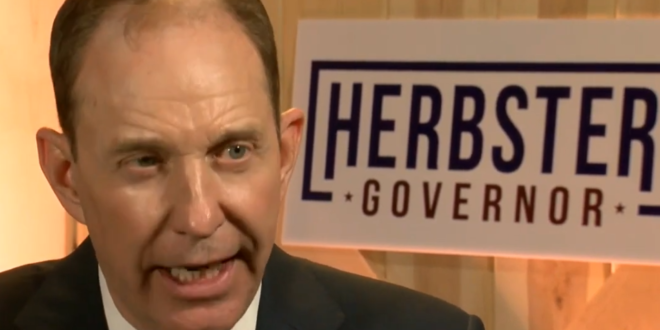 Often wearing his signature cowboy hat and suit, he would extend a handshake to the men. But when young women reached out for a handshake, as well, on at least several occasions he pulled them into an embrace instead. Charles Herbster, the CEO of Conklin Co. and now a frontrunner in the 2022 GOP primary race, sometimes went further, according to eight women who spoke with the Nebraska Examiner.

Republican State Sen. Julie Slama confirmed that as she walked by Herbster, he reached up her skirt, without her consent, and touched her inappropriately. Six women told the Nebraska Examiner that Herbster touched them inappropriately. A seventh woman said Herbster once cornered her privately and kissed her forcibly. All the incidents occurred between 2017 and this year. The women ranged in age from their late teens to mid-20s at the time of the incidents.

In the video below, Junior stumps for Herbster.

Previous RNC Votes To Withdraw From Presidential Debate Panel
Next Fox Host: Those Still Wearing Masks Have A “Psychosis”