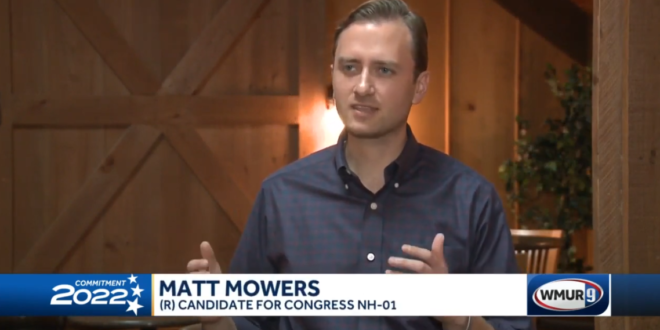 Read the full article. Mowers also ran for the US House in 2020, losing to Pappas by five points. Below is his Bridgegate testimony.

In Congress, I will always stand strong with our law enforcement community – not use our police as a political punching bag like Chris Pappas. #NHPolitics #NH01https://t.co/dXiuSZpSSE

2022 Watch: @NikkiHaley -in New Hampshire-on why she’s backing @mowers in the crowded #GOP primary in #NH01 -a key swing congressional district- “I just don’t want someone who can win. I want someone who when they win, they’re going to prove they deserve to be there” #NHPolitics pic.twitter.com/JtbyD8RwGv

Great to be at the Women’s Defense League of New Hampshire’s annual 2nd Amendment rally in Concord!#NHPolitics #NH01 pic.twitter.com/nk21Gf0s7j

Get excited! We are headed to New Hampshire in support of @Mowers on Monday. We are fighting to renew the strength of America. Hope you will join us! 🇺🇸 #LiveFreeOrDiehttps://t.co/FvlRVRoKnR

I joined @tracegallagher on @FoxNews the other night to discuss how Biden’s weak-kneed and reactionary foreign policy is only making matters worse. #NHPolitics #NH01 pic.twitter.com/Hc1PHVzGjm

Stopped by Sacred Heart Church in Laconia this afternoon for Ash Wednesday. Wishing a prayerful and peaceful Lenten season to all who celebrate. #NHPolitics #NH01 pic.twitter.com/qWeAPnP6PC

Previous Woman Who Hoarded Five Fetuses Pleads Not Guilty
Next Gay Firefighter Sues FDNY, Says He Was Told He Could Be “Cured” And He Should Start Sleeping With Women