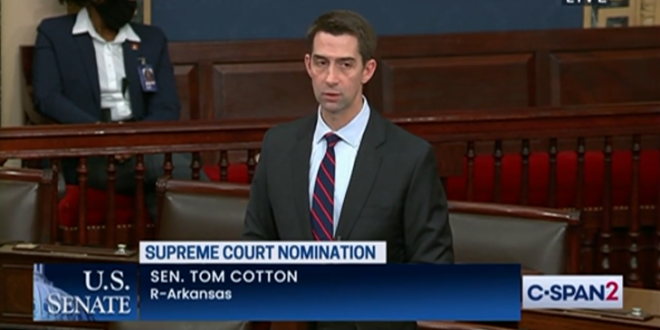 Sen. Tom Cotton (R-AR) railed against Supreme Court nominee Ketanji Brown Jackson on the Senate floor Tuesday and suggested she would have defended the Nazis during the Nuremberg trials.

“You know, the last Judge Jackson left the Supreme Court to go Nuremberg and prosecute the case against the Nazis,” he said. “This Judge Jackson might’ve gone there to defend them.”

This is the same Sen. Tom Cotton who in a 2020 interview referred to slavery as a “necessary evil” for the country’s founding — mirroring language used to defend genocides like the Holocaust:https://t.co/BYu5FTGG9L