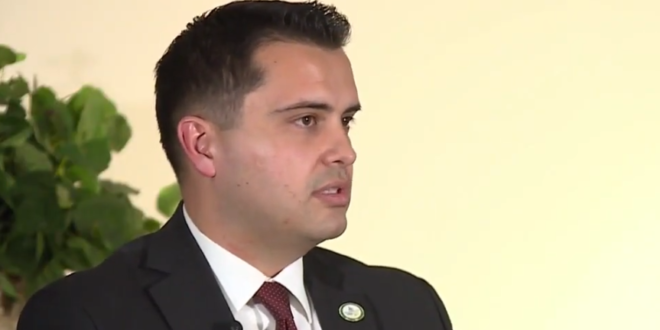 Williams is trying to unseat incumbent Rep. Doug Lamborn. The eight-term congressman will be on the ballot below Williams, since he qualified for the ballot by collecting signatures. Candidates who go through the assembly process and receive the highest support are given the benefit of being the first name voters see on the ballot.

The lawsuit states that the secretary of state rejected the phrase because it was a slogan and not a nickname.

Read the full article. Williams has been endorsed by local anti-vax groups. He first appeared on JMG in 2018 when he declared that immigrants are inherently violent. In 2017, he authored a vague bill that would have made it a felony to “render assistance to illegal aliens.”

Previous GOP Sen. Mike Lee Flees Reporter Demanding To Know Why He “Lied” About His Role In Election Overturn Plot
Next OAN Host Demands That “Every Media CEO And Every Single Host” Face Military Tribunal For Treason [VIDEO]