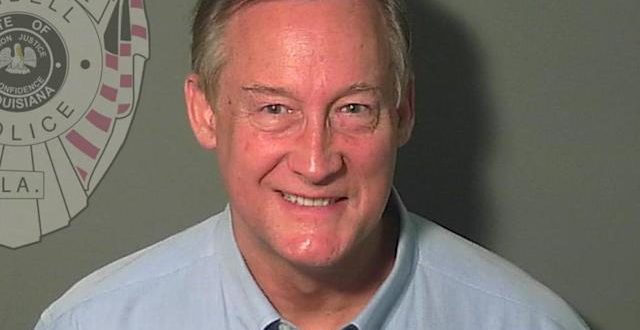 The headmaster of Lakeside Christian School in Slidell has been arrested on three counts of child cruelty for allegedly taping shut the mouth of three of his students. Pastor John Raymond, 60, is accused of bringing three students, who were said to be talking too much in class, to his office on March 18.

Slidell Police said that interviews of students as well as parents and faculty at Lakeside Christian, led them to conclude that Raymond became angry and at some point used packing tape to tape the students’ mouths shut by wrapping it around their heads.

Police said that Raymond then sent the children back to class with their mouths shut and that lasted for about 45 minutes until another school administrator began feeling uncomfortable about the situation and used scissors to remove the tape. Police said the students complained they had trouble breathing.

Raymond unsuccessfully ran for the Slidell-based 90th District seat in the state House of Representatives in 2018. His campaign played heavily on his support of President Donald Trump and his opposition to gay marriage, and Raymond touted himself as the most conservative Republican in a race that featured several other GOP candidates. He lost that race in a runoff to Mary DuBuisson, another Republican.

Raymond was a “Survivor” contestant in 2002; he was the voted off the island in Thailand. A story published about his exit from “Survivor” in 2002 described him as “bossy, dominating and (who) irritated his tribemates.” He has been active in state Republican politics as a member of the Louisiana Republican Party State Central Committee as credentials committee chair who determines if there is a quorum during meetings.