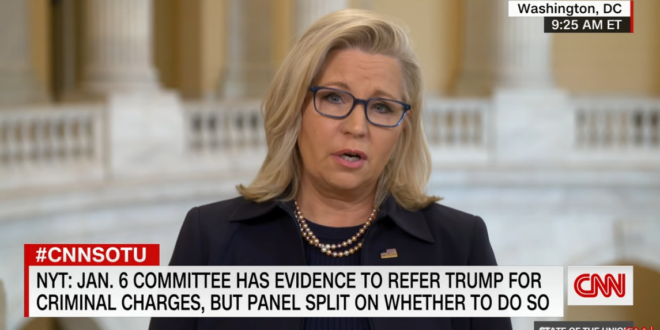 Rep. Liz Cheney (R-Wyo.) on Sunday rejected a report that there is a dispute among members of the Jan. 6 House select committee regarding whether or not to make a criminal referral for former President Trump.

“The committee is working in a really collaborative way to discuss these issues, as we are with all of the issues we’re addressing, and we’ll continue to work together to do so. So I wouldn’t characterize there as being a dispute on the committee,” Cheney said.

“I’m very proud of the bipartisan way in which we’re operating, and I’m confident that we will work to come to agreement on all of the issues that we’re facing. So I wouldn’t say that it’s accurate right now to say that there’s a dispute on this issue,” she added.

Cheney rejects report of a dispute among Jan. 6 committee on criminal referral for Trump https://t.co/b6KBkys1z8 pic.twitter.com/ABqGEAQsBb

“It is absolutely clear that what President Trump was doing … was unlawful.”