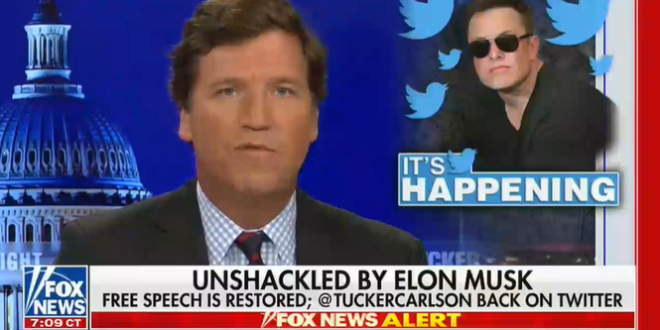 The host was censored on the platform last month after he called Assistant Secretary for Health Rachel Levine – a transgender woman – a man.

Carlson’s account was locked, and would remain that way until he deleted the tweet. Fox News made it clear that Carlson would do no such thing.

The host announced he was back on the platform about an hour before showtime on Monday. Carlson’s Monday tweet appears to be the result of a decision to delete the Levine post, which no longer appears on his timeline.

They could’ve done this at any time, but that wouldn’t serve the same propaganda value, would it?

But his return to Twitter had nothing to do with Musk, who doesn’t yet have any control over the platform:https://t.co/hhwQD2sEA5