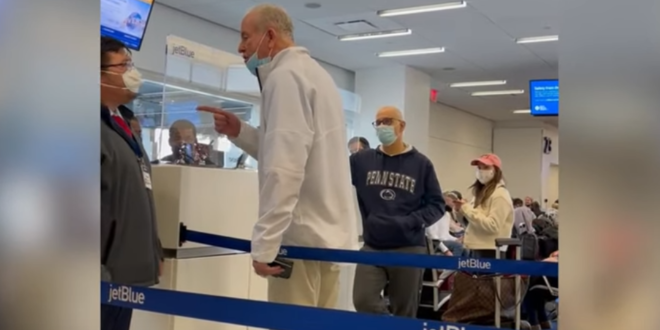 Hot-headed Bill O’Reilly threatened an airline worker who was trying to help when the former Fox News host’s flight was delayed for hours. ‘You’re going to lose your job.’ the 72-year-old told the JetBlue worker at New York’s JFK airport in video exclusively obtained by DailyMail.com.

O’Reilly, who has a history of easily losing his temper, was on his way to the Turks and Caicos Islands in the Caribbean on the morning of Sunday, April 3.

Dressed in a light jacket, rumpled pants and bright white sneakers, the 6ft. 4in. conservative commentator towers over the airline worker in the video snapped by a fellow passenger. When the employee says something, O’Reilly responds:’You f***ing scumbag. Don’t talk to me like that.’