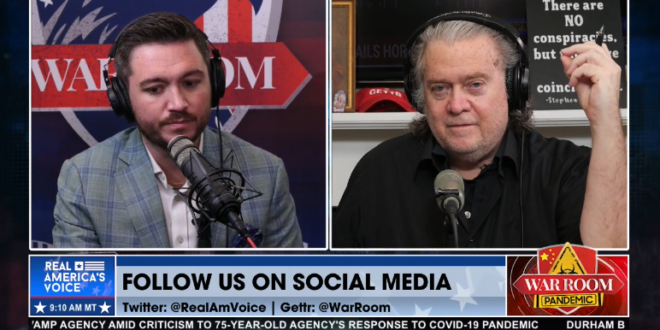 Bannon Guest: “Woke Communism” Started Back In The 1950s When We Let “Women Out Of The Home”

TERRY SCHILLING (AMERICAN PRINCIPLES PROJECT): The –and thanks for having me, Steve – the target has always been children and that’s why they went after the families.

The Marxists, the woke communists as my friend Tom Klingenstein likes to call them, they have always wanted to go after the next generation, right. That’s the future of your country is the children.

And the family is the ultimate bulwark against tyrants, against creepers, and against people that want to destroy your country.

But the assault and the target has always been against children because they are the future and that has been what drives them all.

Previous Kinzinger Condemns His Pro-Putin Cultist Colleagues: I’m Actually Glad To Be Leaving These Children [VIDEO]
Next House Candidate Calls For Smashing Car Windows Of Antifa Activists: “I Will Will Smith Them In A Heartbeat”