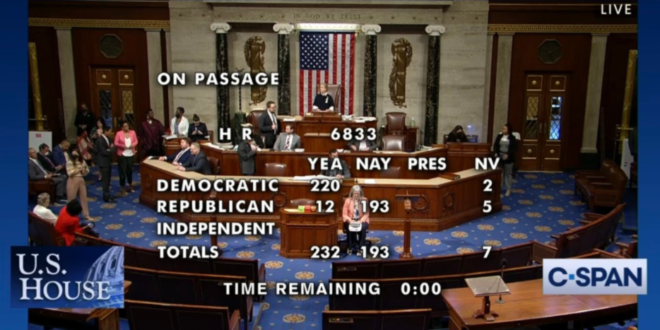 The House of Representatives voted to approve legislation that would limit cost-sharing for insulin under private health insurance and Medicare. The vote was 232-193, with 12 Republican members joining their Democratic colleagues to pass the measure.

The Affordable Insulin Now Act would cap insulin prices at either $35 a month or 25% of an insurance plan’s negotiated price — whichever is lower. The legislation aims to take effect in 2023 but its fate in the Senate remains unclear.

Tonight @HouseDemocrats voted to cap insulin costs at $35 a month.

That’s the difference between being for the people or for the powder. https://t.co/py54zQrgjs

Democrats and a few House Republicans passed a bill to cap out-of-pocket costs on insulin at $35. Now, on to the Senate! https://t.co/SZRqWahTGK