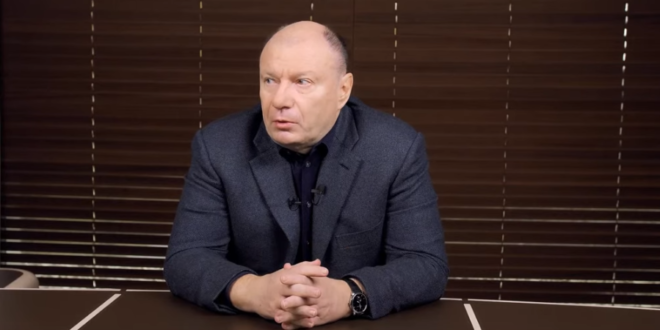 The Kennedy Center for the Performing Arts last week quietly renamed its “Russian Lounge” — a room featuring the country’s art and culture paid for by one of its richest men, Vladimir Potanin — amid a backlash against Russia since the invasion of Ukraine.

In 2011, Potanin [photo] donated $5 million to the Kennedy Center. He paid to remodel the existing “Golden Circles Lounge” to create a meeting room reflecting the aesthetic of his native country. It included two new pieces of art commissioned by famed Russian artist Valery Koshlyakov.

The space reopened this week under the name the “Opera House Circles Lounge.” “Circles” refers to a high-level group of donors to the Kennedy Center. The lounge will be used as an event space, meeting room, and private lounge for those donors.

Vladimir Potanin, one of the richest men in Russia and a Guggenheim Museum donor for decades, is stepping down as a museum trustee, the latest oligarch affected by widening outrage over the war in Ukraine. https://t.co/Knwgox7ici

Vladimir Potanin stepped down from the Guggenheim and CFR cut ties with him as billionaires with links to Russia have their donations scrutinized https://t.co/uCTkQHgYcx