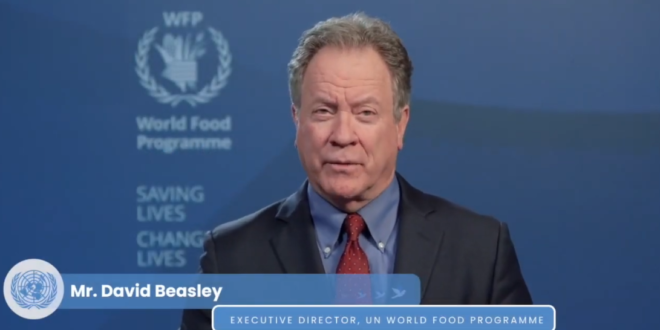 The head of the world’s biggest food aid agency has a stark warning for European leaders: Pay more now to stave off global hunger or suffer a migration crisis later. Russia’s war in Ukraine has sent a shockwave through international food markets, worsening the already dire problem of global hunger by disrupting supply and inflating prices.

That risks tipping the poorest, most famine-ravaged regions of the planet into political chaos and creating an unprecedented migration crisis, according to David Beasley, the World Food Programme’s executive director. Beasley warned that Europe must donate more funding urgently or it will bear the brunt of the fallout.

The head of the UN World Food Programme has warned a food supply crisis caused by the war in Ukraine could tip the world’s poorest, most famine-ravaged regions into political chaos, causing unprecedented migration, unless funding is urgently donated. https://t.co/XgN9Y7Y1pq