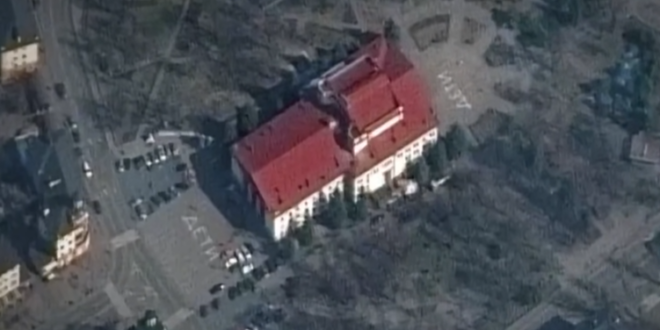 Ukrainian authorities in the besieged ruins of Mariupol said Friday that about 300 people died when a Russian airstrike blew up a theater where hundreds of civilians were sheltering — a catastrophic loss of civilian life that, if confirmed, is likely to further crank up pressure on Western nations to step up military aid.

In a vain attempt to protect those inside the grand, columned theater from missile and airstrikes that Russia has rained down on cities, an enormous inscription reading “CHILDREN” in Russian was posted outside the building and was visible from the air.

For days, the government in the battered port city was unable to give a casualty count for the March 16 attack. The post on its Telegram channel Friday cited eyewitnesses.

When the theater was struck March 16, an enormous inscription reading “CHILDREN” was posted outside in Russian, to be visible from above. Mariupol has suffered some of the war’s worst devastation. Russia has relentlessly besieged and bombarded Ukraine. https://t.co/kXJ0pgewSI