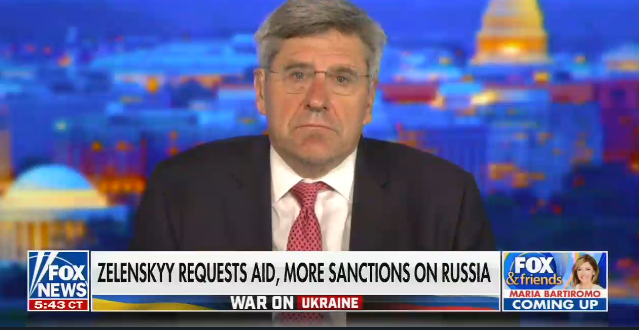 STEPHEN MOORE (FORMER TRUMP ECONOMIC ADVISER): The entire Russian economy is really financed with oil. And it is so frustrating, and even almost immoral, that here we are in a situation today where we’re now actually importing oil from the Russians.

And in fact, that means that we’re actually inadvertently helping finance the Russian war machine. And that would not be happening if Donald Trump were president today.

Under President Trump 14 months ago, the United States was independent of oil from Russia and Saudi Arabia.

So, I do believe that this situation we’re in now is the direct consequence of a radical green energy policy by the Biden administration that wasn’t taking into account the consequences of America giving up its energy independence.