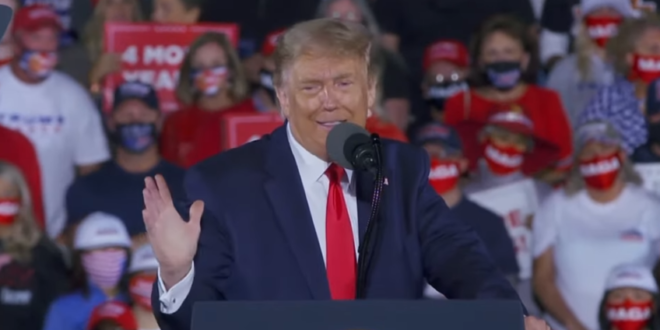 Trump said China’s Xi was smart because he “runs 1.5 billion people with an iron fist,” while he called North Korea’s Kim “tough.” Both Xi and Kim have been widely condemned by the international community for human rights abuses. “They asked me if Putin is smart. Yes, Putin was smart,” Trump told a crowd of rally-goers.

At a campaign rally in Georgia on Saturday, former President Donald Trump once again praised Vladimir Putin’s intelligence, calling the Russian president’s decision to place troops on the border of Ukraine “a great negotiation.”

“The smartest one gets to the top. That didn’t work so well recently in our country,” Trump said during the rally. “But they ask me, ‘Is Putin smart?’ Yes, Putin was smart. And I actually thought he was going to be negotiating. I said, ‘That’s a hell of a way to negotiate, put 200,000 soldiers on the border.'”

Previous Hawaii Lifts Its “Vax Or Negative Test To Enter” Rule
Next Chris Wallace: The Cultist Lying Drove Me Out Of Fox