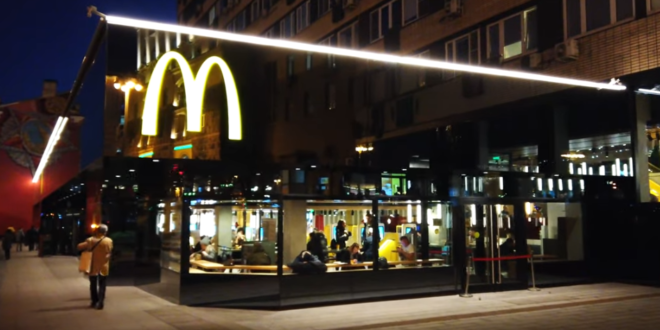 McDonald’s is now closed in Russia, part of a wave of companies exiting the country after its invasion of Ukraine sparked sanctions from the West. But a local alternative, Uncle Vanya, appears to be gearing up to take a bite of the Russian burger business — with a strangely familiar logo.

Though none of these new restaurants have opened yet, the plan is apparently to take over existing shuttered McDonald’s restaurants. The new eatery takes its name from the 19th-century play “Uncle Vanya” by Russia’s Anton Chekhov.

McDonald’s has a replacement in Russia — with a strangely familiar logo https://t.co/FBRV3kBK5b

Trademark squatting has begun in Russia.

On March 12th, a trademark application was filed for the McDonald’s logo with the words “Uncle Vanya.”

The Russian State Duma had earlier suggested that Russia would replace all McDonald’s with “Uncle Vanya’s.”