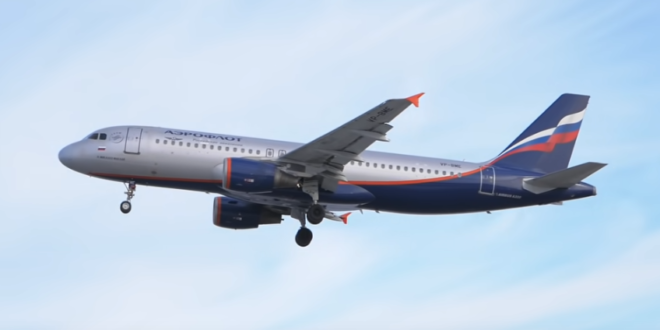 Via press release from the Sabre Corporation:

Sabre Corporation, a leading software and technology company in the travel industry, today announced that it has terminated its distribution agreement with Aeroflot, the largest government-majority owned carrier in Russia

. Sabre is taking immediate steps to remove Aeroflot flight content from its global distribution system (GDS), a marketplace used by travel agencies, travel websites and corporations around the world to shop, book and service flight reservations.

“Sabre has been monitoring the evolving situation in Ukraine with increasing concern. From the beginning, our primary focus has been the safety of our team members in the impacted region, as well as doing our part to support the much-needed relief efforts,” said Sean Menke, CEO of Sabre.

“We are taking a stand against this military conflict. We are complying, and will continue to comply, with sanctions imposed against Russia. In addition, today we announced that Sabre has terminated its distribution agreement with Aeroflot, removing its content from our GDS.”

JUST IN: Sabre is ending the distribution of Russian airline Aeroflot in its reservation systems, used by tens of thousands of travel agencies. Sabre is the 1st travel tech firm to voluntarily take a hit in response to the war in Ukraine. via @skift https://t.co/hBBva2sFOO