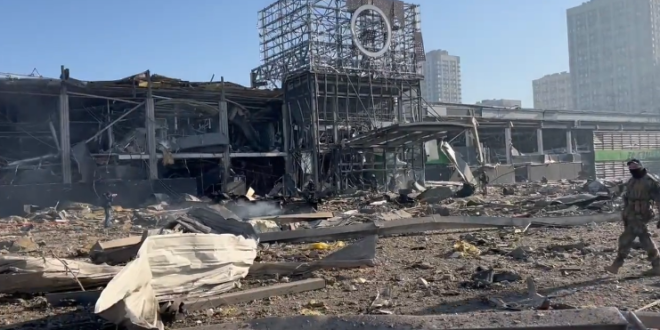 A Russian missile strike reduced a sprawling shopping mall in Kyiv to a smoldering ruin, one of the most powerful strikes to rock the center of the Ukrainian capital since the war began last month.

City officials said at least eight people were killed, though the toll was likely to rise from the explosion around midnight at the shopping mall, Retroville, in northern Kyiv. It was so powerful that it blew debris hundreds of yards in every direction, shook buildings and flattened one part of the mall. It turned the parking lot into a sea of flames.

On Monday, roughly eight hours after the strike, firefighters were still battling pockets of flames while soldiers and emergency crews searched the rubble for any survivors or casualties.