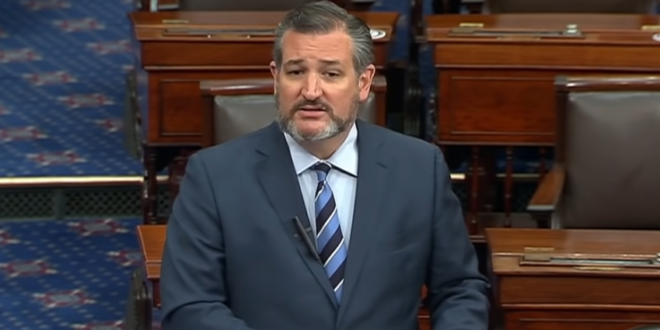 Sen. Ted Cruz was dining near the Capitol on the evening of Dec. 8, 2020, when he received an urgent call from President Donald Trump. A lawsuit had just been filed at the Supreme Court designed to overturn the election Trump had lost, and the president wanted help from the Texas Republican.

“Would you be willing to argue the case?” Trump asked Cruz, as the senator later recalled it. “Sure, I’d be happy to” if the court granted a hearing, Cruz said he responded.

Now, Cruz’s efforts are of interest to the House committee investigating the Jan. 6 attack on the U.S. Capitol, in particular whether Cruz was in contact with Trump lawyer John Eastman, a conservative attorney who has been his friend for decades and who wrote key legal memos aimed at denying Biden’s victory.

“…working directly with Trump to concoct a plan that came closer than widely realized to keeping him in power.”

This is a very good, very thorough examination of what Cruz was doing on Jan 6 and before. Includes loyal staffers quitting.

“I think that Cruz thing was much more dangerous because it has the kind of `constitutional plausibility’ that the Pence thing never had,” Sarat said. “Not because it was well-grounded, but one could make the argument the Constitution provides for it.” https://t.co/lSZNtHy9Uc

The latest proof that Ted Cruz is absolutely willing to tear down democracy from the inside — so long as he ends up on top.https://t.co/vfK0bZN6Bv