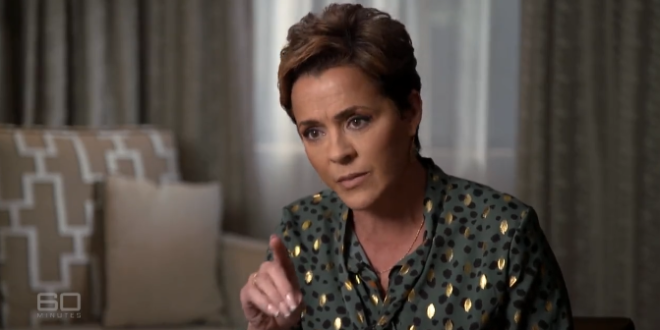 A Donald Trump-endorsed candidate for governor stormed out of an interview with an Australian reporter, saying Aussies had “given your rights away” because they had melted down their guns. Republican candidate for Governor of Arizona, Kari Lake, made the fiery comments during an interview with 60 Minutes reporter Liam Bartlett that was terminated shortly afterwards.

Barlett asked her whether those who participated in the riots should be pardoned. “What I don’t like is that people are being held in prison without being charged,” she said. “That’s unAmerican. Maybe they get away with that stuff in Australia. Perhaps in Australia, because you’ve given your rights away, you melted down all of your guns and you guys have no freedom, that you find that okay.”

“I feel sorry for the people of Australia right now, what we saw happening where you have internment camps for people with Covid. These quarantine camp are the most horrifying thing a government can do,” Lake ranted.

She was referencing Australia’s hotel quarantine which was a system in place throughout 2020 and 2021 in which unused luxury city hotels were used to house travelers flying into the country for two weeks of quarantine due to the Covid pandemic.

“We’re done. That guy’s a complete nut, Seriously, a complete insane person. Do people in Australia listen to him? That’s the craziest thing I’ve ever experienced,” she told one of her colleagues.

Watch the full clip. Rather obviously, none of the rioters are being held without charges.

Trump-endorsed AZ Gov candidate Kari Lake sat down for interview with ‘60 Minutes Australia,’ which aired tonight. Things when downhill fast when she was asked if she agreed with Trump that J6 defendants should get pardoned. She ends up storming off the set. pic.twitter.com/Jmat6BTS1l