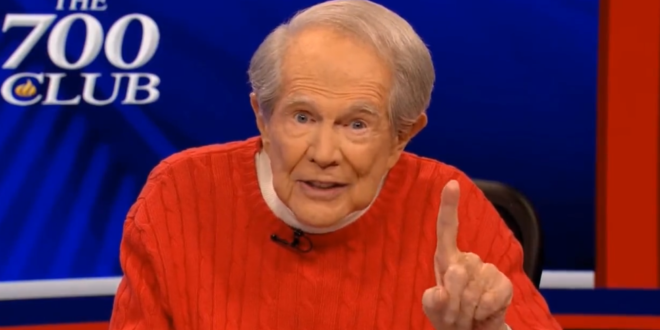 “We have the firepower to wipe out every Russia city – just one Trident submarine – and of course we aren’t using it and have no intention of using it.

“But why doesn’t somebody in the administration call Putin’s bluff? He’s bluffing! And every time he says, ‘Well, if you do that, we’re going to escalate.’

“Oh no you’re not, old buddy. We’re gonna do you if you try to do us and we’ll make it worse and you know it.

“But unfortunately we have a man in charge in Washington who doesn’t like to stand up to bluffs. He folds his winning hand every single time.” – Pat Robertson, on today’s The 700 Club.

Pat Robertson criticizes Biden for refusing to escalate the crisis in Ukraine and not threatening to nuke Russia. pic.twitter.com/YKtxqrylzg