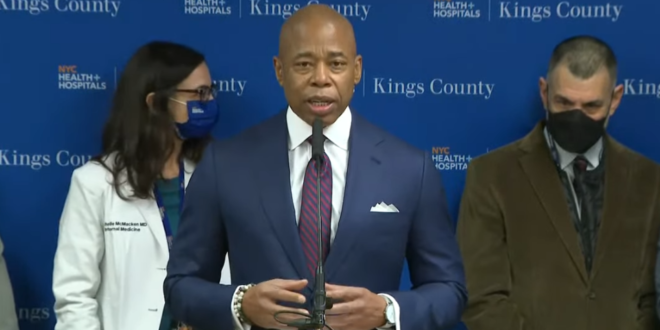 Since lifting the private employer vaccine requirement for professional athletes and performers based in New York City on Thursday, Mayor Eric Adams has drawn the ire of city employees, their unions and others who still must adhere to the mandate or lose their jobs.

The Police Benevolent Association, the largest police union in the city, is one of several unions that have criticized the mayor’s decision. In a statement on Thursday, Patrick J. Lynch, president of the union, said the exemption is a double standard.

New York City Mayor Adams defends his decision to make an exception to the city’s vaccine mandate for athletes and performers, which drew ire from union leaders, council members and health experts https://t.co/8hCCy1RjD8

Kyrie Irving is officially cleared to play in home games after NYC Mayor Eric Adams announced an exemption to the city’s vaccine mandate for pro athletes and performers pic.twitter.com/EDV2HsLeUw

Owners and executives of some of the wealthiest and most influential sports franchises in the U.S. urged Mayor Eric Adams to allow unvaccinated athletes to play in New York. https://t.co/5dWRqJctRy