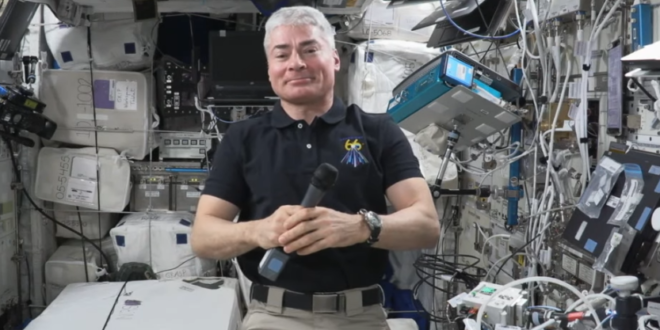 Two Russian cosmonauts and a NASA astronaut landed in a remote area of Kazakhstan Wednesday after undocking from the International Space Station and flying back to Earth in a historic mission that came amid mounting tensions over the war in Ukraine.

The Soyuz spacecraft touched down under a parachute right on time, at 7:28 a.m. Eastern, and rescue crews descended on the capsule and erected a medical tent to assess the astronauts’ health before flying them home.

The landing marks the end of a triumphant mission for NASA astronaut Mark Vande Hei, whose 355 days in space set a record for the longest single spaceflight for an American.

NEW: NASA astronaut Mark Vande Hei and two cosmonauts returned to Earth from the International Space Station aboard a Russian Soyuz spacecraft that touched down in Kazakhstan. https://t.co/Wf97lelwFl

.@Astro_Sabot and cosmonauts Anton Shkaplerov and Pyotr Dubrov landed back on Earth inside the Soyuz MS-19 crew ship today at 7:28am ET. More… https://t.co/i9QtpYxWGE pic.twitter.com/EazuiF9Ejr

Astronaut Mark Vande Hei goes down in the history books with the longest single flight by a @NASA astronaut with 355 days in space, beating Scott Kelly’s record by 15 days.

Here’s a look at the total time spent in space list 👇🏾 pic.twitter.com/f1GEpSQSkK