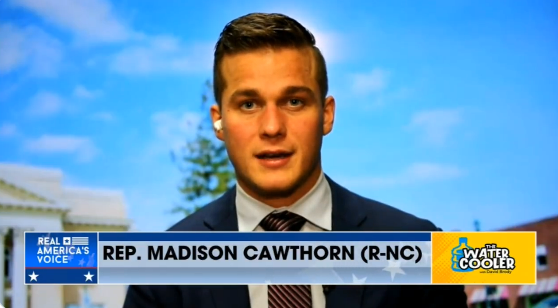 A federal judge on Friday shut down a legal challenge to North Carolina Republican Rep. Madison Cawthorn’s candidacy from a group of voters and advocacy groups who claimed that an old provision of the US Constitution banned him from running because of his role in the January 6, 2021, insurrection.

This means the constitutional challenge against Cawthorn is over, though Friday’s ruling could be appealed. It’s a major victory for the pro-Trump firebrand, and a loss for the coalition of constitutional scholars, anti-Trump Republicans and liberal activists who filed the challenge.

A federal judge has *granted* Madison CAWTHORN’s emergency bid to block the state elections board from considering a challenge to his eligibility for reelection.

Cawthorn challengers say he should be barred under 14th amendment prohibition on ‘insurrectionists’ holding office. pic.twitter.com/u2LD2GlIu7