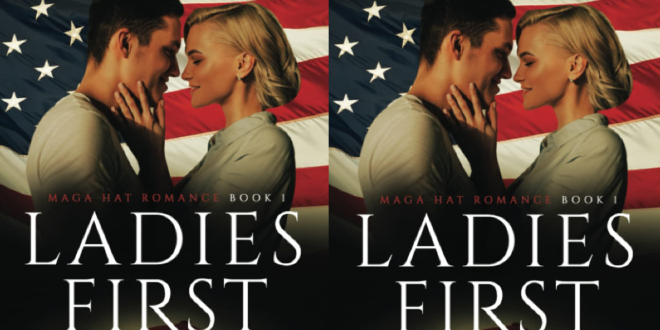 When patriot Mike rescues feminist Ricki from a post-Trump rally riot, the clash of opposites sets off sparks between them. But the gentleman giant refuses to leave the side of the spunky half-pint until he and his pickup truck deliver her home, safe and sound.

Ricki attends the rally to scoop the racism of the Trump crowd in a blog post. But she’s forced to spin a false narrative when her mistaken assumptions fail to materialize.

When Ricki’s lies get Mike doxxed, and his construction worksite becomes the target of anti-fascist thugs, his righteous anger forces her to reckon with the truth.

Ricki wants to fix the damage and regain Mike’s trust. But that means facing the wrath of the liberal mobs. Will Ricki find the courage to leave the left for a lifetime of old-fashioned true love?

Liberty Adams lives in the wide, open spaces west of the Rockies. She writes wholesome, lighthearted romance about patriots who love America, love President Trump, and best of all, fall in love at the end of each story. Liberty is the pen name of an author who wears the hats of mom, wife, and community volunteer. She proudly owns and wears several assorted MAGA hats of her own.

From the over 45 one-star reviews: 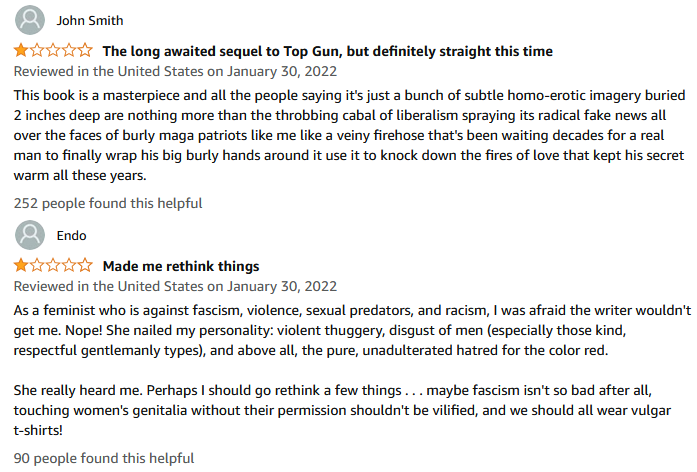 The video reviews are a riot.