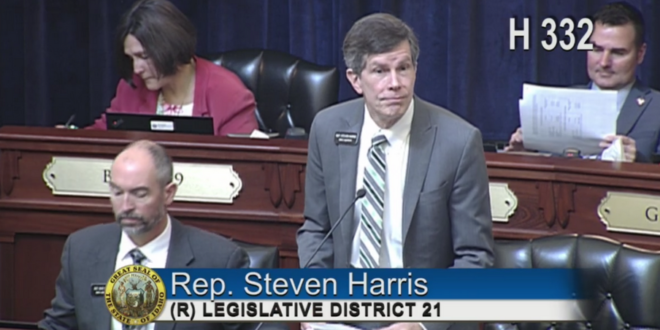 Idaho became the first state to pass abortion legislation modeled after Texas’ six-week ban on Monday. The Idaho House voted 51-14 with no Democratic support to pass a bill that would allow potential family members to sue any doctor who performs an abortion during a pregnancy longer than six weeks.

The state Senate had already approved the bill, which now goes to Gov. Brad Little, who is likely to sign it.

The Idaho bill would allow the potential father, grandparents, siblings, aunts and uncles of a preborn child to sue an abortion provider for a minimum of $20,000 in damages within four years of the procedure. Although a rapist wouldn’t be able to file a lawsuit, their relatives could.

Read the full article. Photo above is the bill’s author.