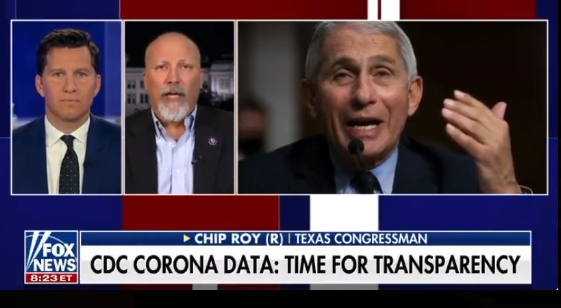 Rep. Chip Roy (R-Texas) is concerned. Innocent people are dying needlessly. A tyrannical government has grossly overstepped its bounds. Freedom and democracy are under attack — and it’s all Dr. Anthony Fauci’s fault.

In an appearance on Fox News Friday evening, the Texas Congressman and outspoken anti-vaxxer used his platform not to decry Russia’s invasion of Ukraine, but instead to continue peddling his wild conspiracy theory that the government is failing to report deaths caused by the Covid-19 vaccine.

Texas Rep. Chip Roy brought up the war in Eastern Europe on Fox News—then quickly moved on to put the nation’s top infectious diseases doctor in the same category as war criminals. https://t.co/xHCxdi84EM

Chip Roy: As we are looking at what’s happening in Ukraine… we’re looking at that and we’re talking about war crimes, I want to talk about the crimes against humanity that has been perpetrated by Anthony Fauci, the CDC, and the federal government against the American people pic.twitter.com/7zjmlnlie2