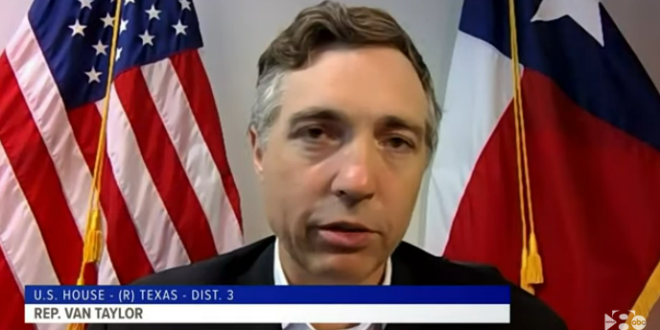 U.S. Rep. Van Taylor, R-Plano, has decided to end his reelection campaign after he was forced into a primary runoff amid 11th-hour allegations of infidelity. Taylor made the stunning announcement late Wednesday, hours after he finished his five-way primary with 49% of the vote, just missing the cutoff for winning the primary outright.

The day before the primary, the conservative outlet Breitbart News posted a story that Taylor had had a monthslong affair with a Plano woman, Tania Joya, who he had paid $5,000 to keep quiet. Joya is known as a former jihadist who was once married to a commander for the Islamic State. Tabloids have referred to her as “ISIS bride.”

Read the full article. Taylor has an F- rating from Equality Texas due to his stance against same-sex marriage and his support for a “license to discriminate” bill.

Wow. This is incredible.

Republican Rep. Van Taylor—who came in first place in last night’s primary with 49%—had an affair with a former jihadist who was married to a commander of ISIS.

Her nickname was ISIS bride. He’s a member of Congress. https://t.co/0qBmtGxUED

Rep. Van Taylor announces he is dropping his re-election bid after admitting to an extramarital affair. https://t.co/XKZbBnsfUr