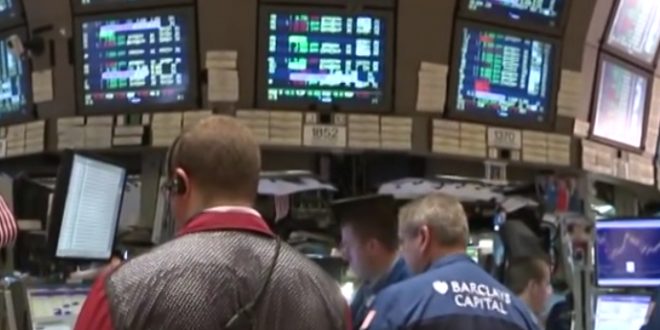 Global stocks slid on Monday as attacks on Ukraine escalated and governments considered ever-stricter economic penalties on Russia, including cutting off imports of Russian oil. It was Wall Street’s worst day in nearly two years.

The S&P 500 fell 3 percent, its sharpest daily decline since May 2020. The Nasdaq composite dropped 3.6 percent and is now 20 percent off its November record, entering territory known on Wall Street as a bear market, denoting a serious downturn.

Aside from the shock and uncertainty of the war, the conflict has increased concerns about prolonged inflation worldwide, and as stocks slid on Monday, energy prices jumped.

LATEST: U.S. stocks dropped amid a ramp-up in concern over rising energy costs — The Nasdaq 100 extends losses to 3% https://t.co/wc66vBsoM6 pic.twitter.com/zJZP01AGUI