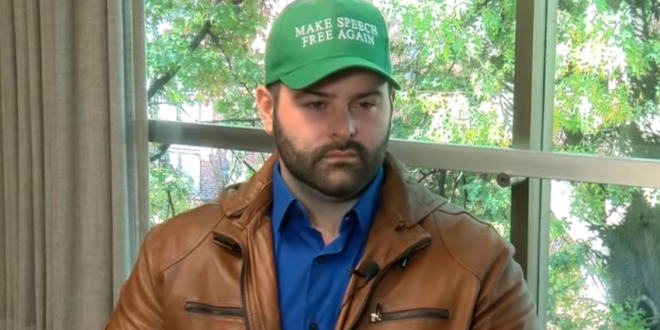 The entire nation state of Russia is getting the “Gab treatment” by Big Tech and the globalist regime.

Other nation states should be paying attention to this. Are you going to continue to allow your citizens to be controlled entirely by a handful of companies in Silicon Valley, or is now perhaps the time to start building your own sovereign technology and infrastructure?

Unlike our spineless Republican “leaders” in America, who had total and complete control over government from 2016-2018 and did absolutely nothing to stop Big Tech tyranny, Russia is fighting back.

Russia has shut down Facebook and Twitter completely and this is honestly a smart play. Why give the globalist regime insight into what your citizens are talking about?

We also aren’t going to ban a foreign news outlet or Russian citizens from Gab for no reason.

RT News has been on Gab for over a year now and has never once even come close to violating our terms of service.

Gab is now the one place on the internet where you can find RT News and you can do so by clicking here.

As Russian outlet RT faces crackdowns on mainstream social media following the Russian invasion of Ukraine, Gab CEO Andrew Torba in the past day has been amplifying RT’s account on the platform, including its praise of Gab. Torba has expressed support for Russia’s invasion. pic.twitter.com/XD7FggHx4M

Previous Armed Intruder Spurs Lockdown At Joint Base Andrews
Next Homocon Rioter: Cops Are Lying About Me, Send Money