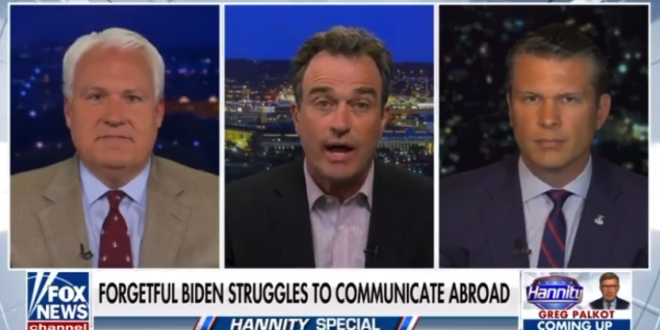 As Biden spoke, he coughed and took a sip of his drink. He turned to Duda and said, “I was visiting our troops and I had pizza pie with hot peppers on it.” Then, as b-roll of Biden eating pizza aired, Hurt said, “And there he is, defeated by a slice of jalapeño pizza.”

Biden is the first president to be “defeated” by food on foreign soil since George H.W. Bush threw up on the prime minister of Japan during a dinner in Tokyo in 1992.

Guest: There he is, defeated by a slice of jalapeño pizza pic.twitter.com/b5XjmWZaZ4

Previous Chris Wallace: The Cultist Lying Drove Me Out Of Fox
Next Elon Musk Floats Launching Competitor To Twitter