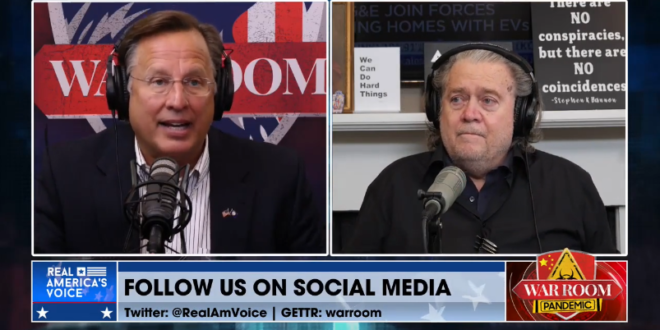 Appearing Tuesday with former Trump adviser Steve Bannon, former Rep. Dave Brat (R-VA) said that Ukrainian President Volodymyr Zelensky, who has stayed in the capital city of Kyiv to lead his country’s resistance against Russia’s invasion, should instead give in to Russia’s set of demands. Brat also said “as a Christian brother, I would tell him” that if Russia’s offers are rejected, “Kyiv, the other major cities, are going to be just devastated.” (Zelensky is Jewish.)

Brat was first elected to the House in 2014. During his two terms in Congress, he maintained ties with white nationalist media as well as far-right conspiracy theorist Alex Jones, in addition to receiving support from Fox News host Sean Hannity, until he lost his seat to a Democrat in the 2018 midterm election. He is now the dean of the school of business at the Christian right-affiliated Liberty University.