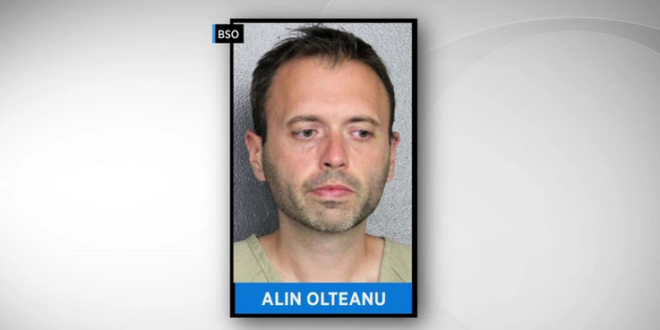 When Alin Oteanu was told by Spirit workers at Fort Lauderdale-Hollywood International Airport that he would have to pay a fee for an extra bag on his flight, he had another idea, according to the Broward Sheriff’s Office.

“I will leave it right there, and by the way, it has a bomb in it,” Oteanu said, according to a report. The statement landed the 37-year-old Fort Lauderdale in handcuffs.

He was arrested on a charge of making a bomb threat and was being held Friday in Broward’s Main Jail on a $20,000 bond.

He didn’t want to pay to bring an extra bag on his flight. What he said landed him in jail. https://t.co/koc7ND40mC