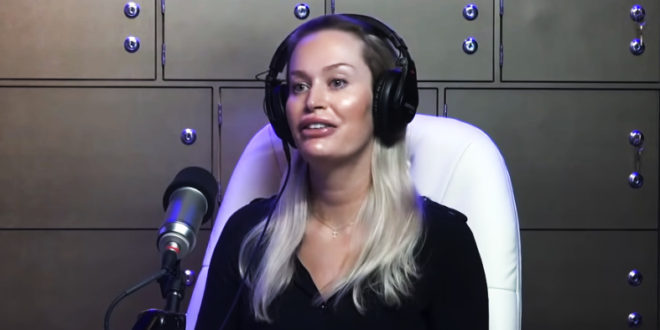 The Florida Phoenix reached out to Gov. Ron DeSantis’ press secretary, Christina Pushaw, about calls from Florida lawmakers for her firing or resignation regarding tweets she made over the weekend on controversial legislation restricting classroom instruction of sexual orientation and gender identity.

She provided her response in an email Monday afternoon: “I don’t regret raising concerns about child safeguarding. The only people who singled out the LGBT community are the opponents of the bill, who have been baselessly accusing us of homophobia — when the bill itself doesn’t single out the LGBT community or even mention the word “gay.”

HB 1557 says: “Classroom instruction by school personnel or third parties on sexual orientation or gender identity may not occur in kindergarten through grade 3 or in a manner that is not age-appropriate or developmentally appropriate for students.”

“A hit dog will holler”.

That’s what #DeSantis spokesperson said when I responded to her accusations that #DontSayGay opponents are PEDOPHILES.

I’m speechless. Republicans and Democrats must condemn these personal and libelous attacks on my character, paid with taxpayer money. pic.twitter.com/N7ozYy8oD5