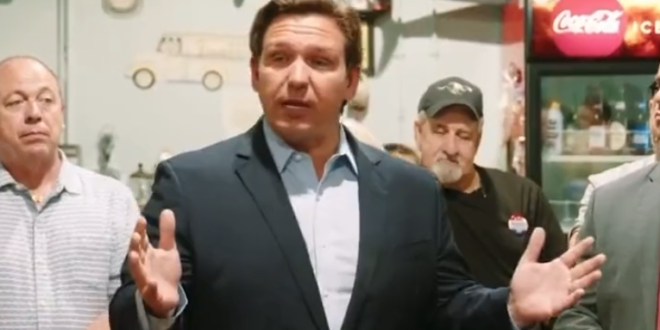 Gov. Ron DeSantis has leveled a scathing attack statement against Disney on the day after the company’s CEO expressed “disappointment” in a controversial bill nicknamed the “Don’t Say Gay” bill.

“How do they possibly explain lining their pockets with their relationship from the Communist Party of China? Because that’s what they do, and they make a fortune, and they don’t say a word about the really brutal practices at the hands of the CCP,” said the governor.

He added, “Companies that have made a fortune catering to families should understand that parents don’t want this injected into their kid’s kindergarten classroom. Our policies will be based on the best interest of Florida citizens, not the musing of woke corporations.”

After they condemned the ‘Don’t Say Gay’ law, Desantis attacks Disney:“How do they possibly explain lining their pockets from their relationship with the Communist Party of Cheyna.”(He says it like Trump now). pic.twitter.com/EQYzohhhXX