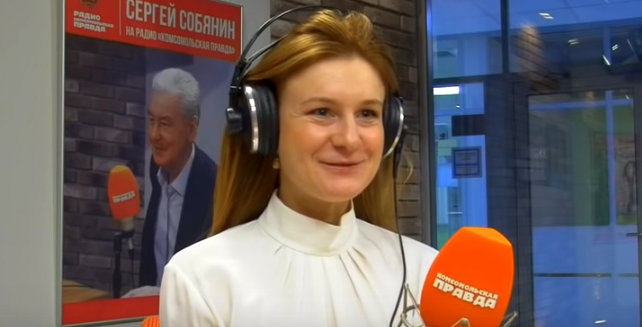 Convicted Russian agent and Donald Trump enthusiast Maria Butina tried to convince BBC Radio host Nick Robinson that it was Ukraine’s own military raining bullets and mortars over the country, not Russian troops.

When asked if the war was going to plan, she said, “Yes absolutely. I do trust my president as well as the majority of Russians do.”

When asked if she thinks Ukrainian President Zelensky—who is Jewish—is a Nazi, she said, “According to his actions, absolutely.”

Butina was deported in 2019 after allegedly working to funnel Russian money to the NRA for them to use on Trump’s behalf.

In 2020, Butina’s US boyfriend was sentenced to seven years in prison for defrauding right wingers.

She also had a relationship with QAnon nutbag and former Overstock CEO Patrick Byrne.

The free press may be silenced in Russia, but that’s not stopping Putin’s minions from defending him to media outlets outside the country https://t.co/E0mScHXIQK