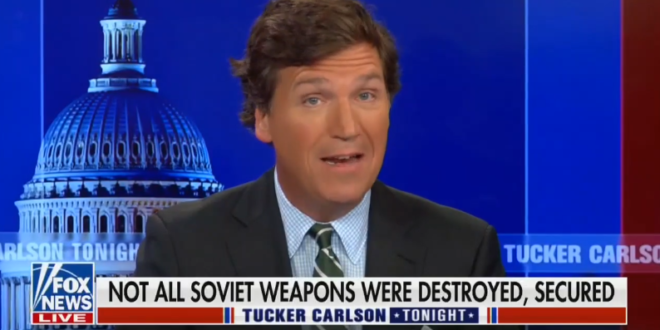 Despite rebuttals from independent scientists, Ukrainian leaders and officials at the White House and Pentagon, the online popularity of the claims suggests some Americans are willing to trust Kremlin propaganda over the U.S. media and government.

Fox News host Tucker Carlson devoted segments on his shows on Wednesday and Thursday to promoting the conspiracy theory. On Wednesday, Donald Trump Jr. said conspiracy theories around the labs were proven to be a “fact” in a tweet to his 7.3 million followers.

In an effort to argue that Ukraine is making biological weapons, Tucker Carlson cited an interview with a Pentagon official.

But that Pentagon official said the exact opposite of what Tucker Carlson told his audience he said.https://t.co/3agpT4Wbsd