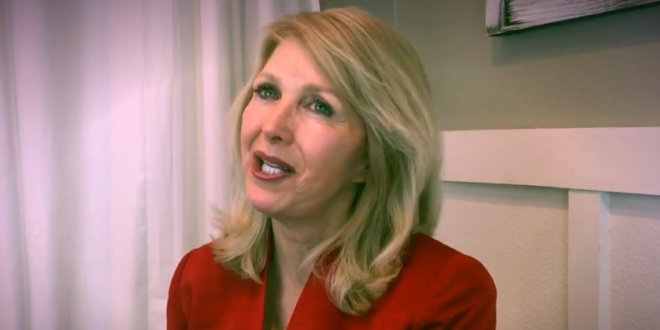 Embattled Mesa County Clerk Tina Peters has been indicted by a grand jury on a mix of felony and misdemeanor charges, including allegations of attempting to influence a public servant and criminal impersonation. The Republican was indicted on 10 counts, according to prosecutors. If convicted, she could be sentenced to prison.

A warrant has been issued for the arrest of Peters, who has been under investigation since last summer after she allegedly facilitated a security breach of her county’s election system. Peters has cast baseless doubt on the outcome of the 2020 presidential election and aligned herself with MyPillow CEO Mike Lindell.

You may recall that Lindell had been hiding Peters in a “safe house” when the investigation first began.

Once again, it’s a Republikkkan.

Keep in mind, she is also running for Secretary of State in Colorado..

🚨🚨 BREAKING: Mesa County, CO clerk Tina Peters & a deputy have been indicted on a combined SEVENTEEN counts for a breach of their own county’s voter data. Peters is accused of leaking the data to conspiracy theorists before giving a speech at Mike Lindell’s “Cyber Symposium.” pic.twitter.com/LlY41iOXy6