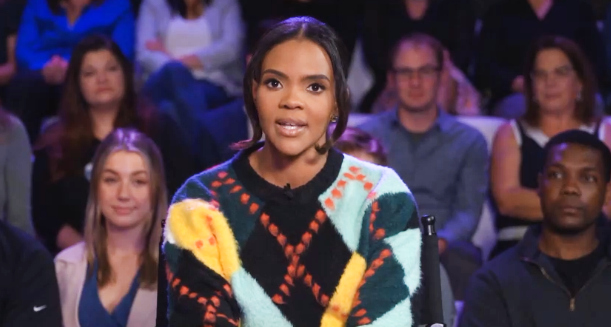 CANDACE OWENS (HOST): Wow, “genocidal colonization” is interesting. Again, going back to my point about people being stupid, you know – he’s not trying to commit a genocide of the Ukrainians.

That obviously makes no sense because there’s very – there is no difference, ethnically, between Ukrainians and Russians, obviously.

Ukraine wasn’t a thing until 1989. Ukraine was created by the Russians. It was, you know, they speak Russian. So, it’s absolutely ridiculous.

And, again, this entire episode has been exposing to you how ignorant people are about the goals of Vladimir Putin.

He has goals. The goal is not just to get rid of Ukrainians. That makes entirely no sense. It would not be helpful for him.

As you’ll see in the clip, Owens goes to call people who don’t know her version of Ukrainian history “stupid.”

Candace Owens: “Ukraine wasn’t a thing until 1989. Ukraine was created by the Russians”https://t.co/q7oaHcNGrl pic.twitter.com/dQ0bfLUvnX

.@RealCandaceO, I’d be happy to discuss @Ukraine‘s history on your program if there’s an opportunity. Kievan Rus was established in 882 AD. Your viewers and followers deserve to know its full history. https://t.co/c3q5kP0I4t

No #CandaceOwens. Kyïvan Rus actually created everything in 889. The real ‘Mother of all Rus’ 🌻 🔱 pic.twitter.com/EJvALptYvF

She also says in this clip that Ukrainians “speak Russian,” implying there is no Ukrainian language.

Candace Owens is straight out feeding her audience Russian propaganda, and The Daily Wire is giving her a platform to do it. https://t.co/XvYm68gdqO

“Ukraine wasn’t a thing until 1989. Ukraine was created by the Russians”..
*🙄 rolling eyes*