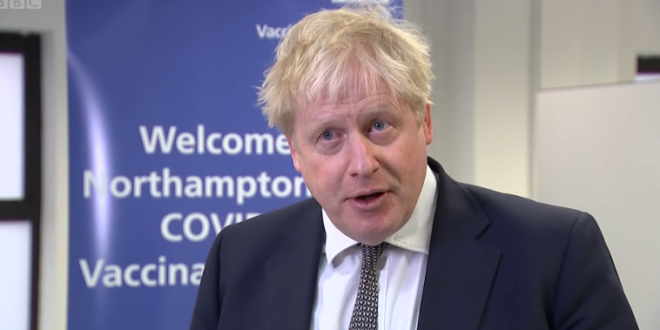 British Prime Minister Boris Johnson compared the invasion of Ukraine by Russia to the U.K.’s decision to leave the European Union in 2016. He argued both examples showed countries’ willingness to fight for their freedom.

“I know that it’s the instinct of the people of this country, like the people of Ukraine, to choose freedom every time,” Johnson said at the Conservative Party Conference Saturday.

“When the British people voted for Brexit in such large numbers, I don’t believe it was that they were remotely hostile to foreigners,” he said. “It’s because they wanted to be free to do things differently and for this country to be able to run itself.”

The remarks caused astonishment not only because Ukraine applied last month, after the Russian invasion began, to become a member of the EU, but because the comments suggested that the EU was itself a form of tyranny to be escaped from.

Guy Verhofstadt, the former Belgian prime minister who led the European parliament in Brexit negotiations, described the comments as “insane”. “Brexit was about undoing freedoms and leaving the EU,” he said. “Ukrainians want more freedom and to join the EU.”

Amid the outrage, Downing Street said that Johnson had not yet been invited to join EU leaders at their summit this week, despite reports of his enthusiasm to be involved.

Boris Johnson likens Ukrainians’ fight to British people voting for Brexit. I can still remember the enthusiasm of Putin and Trump after the referendum. Boris, your words offend Ukrainians, the British and common sense.

Just when you thought he couldn’t sink to new depths 👇 pic.twitter.com/qxFukg4Oi3