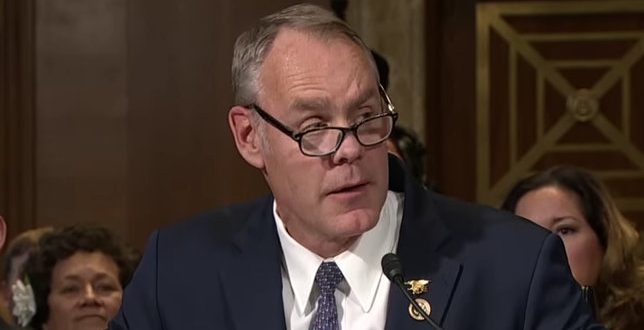 While serving as Interior Department secretary under Donald Trump, Ryan Zinke broke federal ethics rules repeatedly by improperly participating in real estate negotiations with the chairman of the energy giant Halliburton at the time and other developers, according to a government official with knowledge of an inspector general investigation to be released Wednesday.

Interior Department IG Mark Greenblatt found that while Zinke was in office, he sent dozens of emails and text messages, held phone calls and met in his office with developers to discuss the design of a large commercial and residential development in his hometown of Whitefish, Mont. Now a leading candidate to win a newly-drawn congressional seat in Montana, Zinke also lied to an agency ethics official who questioned him about his involvement in the negotiations.

Previous US Sailor Stopped With “Bomb-Making Materials”
Next Lindell’s Truck With “10,000 Pillows For Truckers” Gets Turned Away At Canadian Border: Crew Not Vaccinated