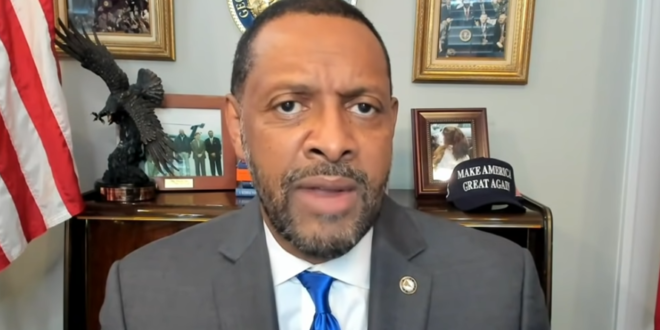 Former Democrat Vernon Jones dropped out of the Republican race for governor Monday to run for an open U.S. House seat, a move that gives ex-U.S. Sen. David Perdue a clearer shot at Georgia’s top job while presenting yet another test of Trump’s influence.

But even his sliver of support could have weakened Perdue, who is trying to rally Trump’s backers behind him, maintaining that incumbent Brian Kemp didn’t do enough to support the former president’s efforts to reverse his election defeat.

Jones plans to run for the vacant 10th District, a solidly Republican district. The seat was left open after U.S. Rep. Jody Hice announced he would challenge Secretary of State Brad Raffensperger with Trump’s support.

Jones, a former liberal Democrat who tried to rebrand himself as a Trump loyalist, was an also-ran in the race for Georgia governor. But even his sliver of support could have weakened Perdue … #gapol https://t.co/XWmAkRo65e