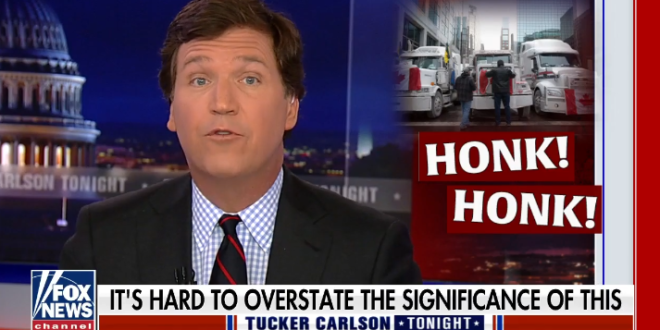 So far, that blockade has forced the Ford motor company to shut down one of its manufacturing plants and to operate another plant with a skeleton crew.

Toyota says it won’t be able to manufacture vehicles in Ontario for the rest of the week. General Motors has canceled multiple shifts at its plant in Lansing, Michigan due to part shortages.

So, this protest is less than a week old and already is causing deep pain to at least one global industry. It’s hard to overstate the historical significance of what we’re watching right here.

The Canadian trucker convoy is the single most successful human rights protest in a generation. If nothing else, it has been a very useful reminder to our entitled ruling class, the working class man can be pushed, but only so far.

When they push back, it hurts. It turns out that truck drivers are more important to a country’s future than say, diversity consultants or even MSNBC contributors. Who knew?